Vinpower invites you to visit our booth in South Hall, # SL8908, during the NAB trade show with FREE PASSES 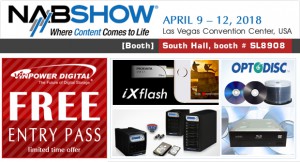 Once again, Vinpower will exhibit at the 2018 National Association of Broadcasters (NAB) trade show in Las Vegas, NV, which takes place April 9 – 12, 2018. While attending the show, here’s your opportunity to visit Vinpower’s booth located in the South Hall, booth # SL8908 to see our latest line of duplicator hardware and media offerings as well as our exciting new encrypted flash devices.

If you haven’t already secured your entry pass for this year’s NAB, here’s another opportunity to reserve your entry pass to the show for free! But the offer is only good for a limited time, so don’t delay. Simply click on the following link: https://registration.experientevent.com/ShowNAB181/?FlowCode=ATT&MarketingCode=LV6868 or visit the www.nabshow.com and use the discount code: LV6868, to obtain your free exhibition pass.

Japan will offer 8K broadcast content before the end of 2018 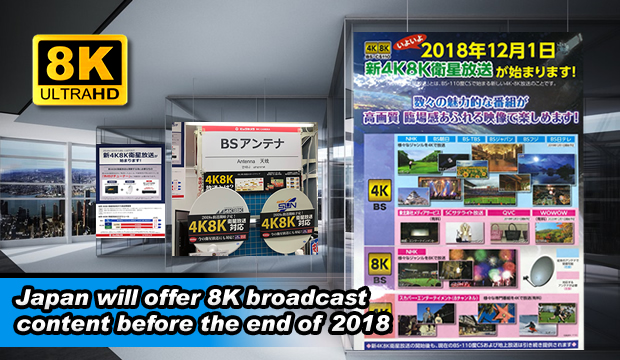 Just when you were getting accustomed to 4K UHD and all the glory of the highest definition we’ve seen, they are rolling out the 8K format fast on its heels. The 8K format offers twice the megapixels and a far greater depth and array of colors than the 4K format. As you can see from these examples of HD progression (which is in Japanese, but the images explain all you need to know). They show the resolution progression from 2K (or more familiar as 1080p HD) to 4K then to 8K and the clarity, range of color, and the incredible resolution 8K provides comparatively. 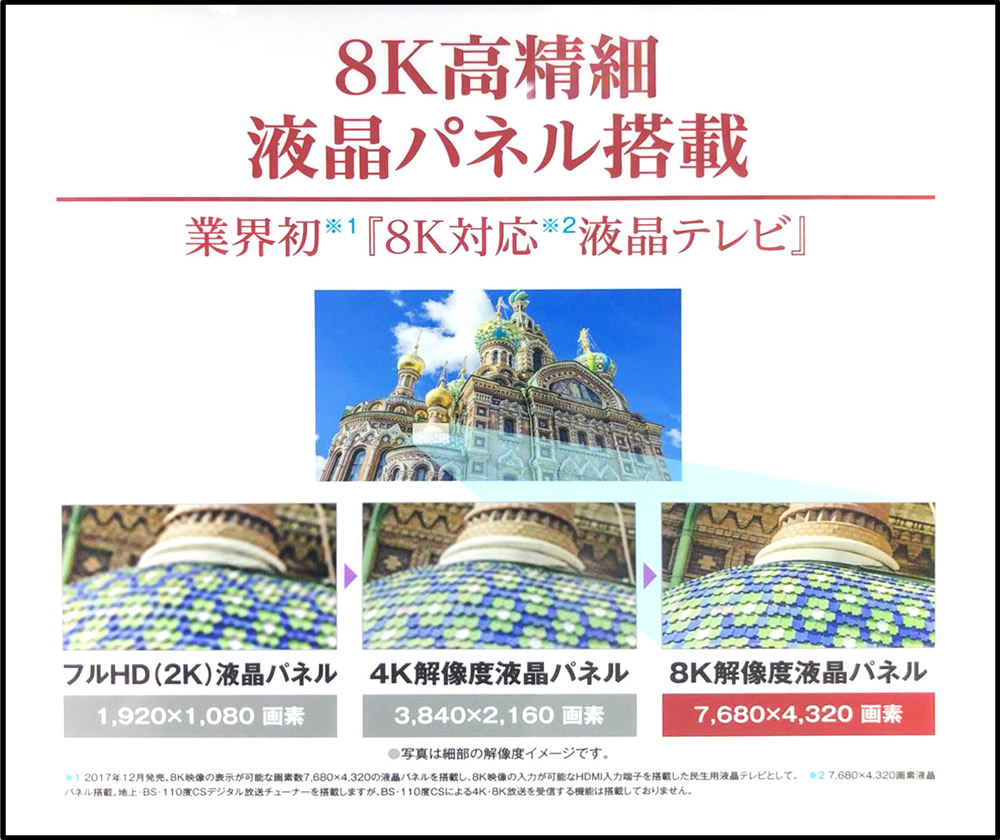 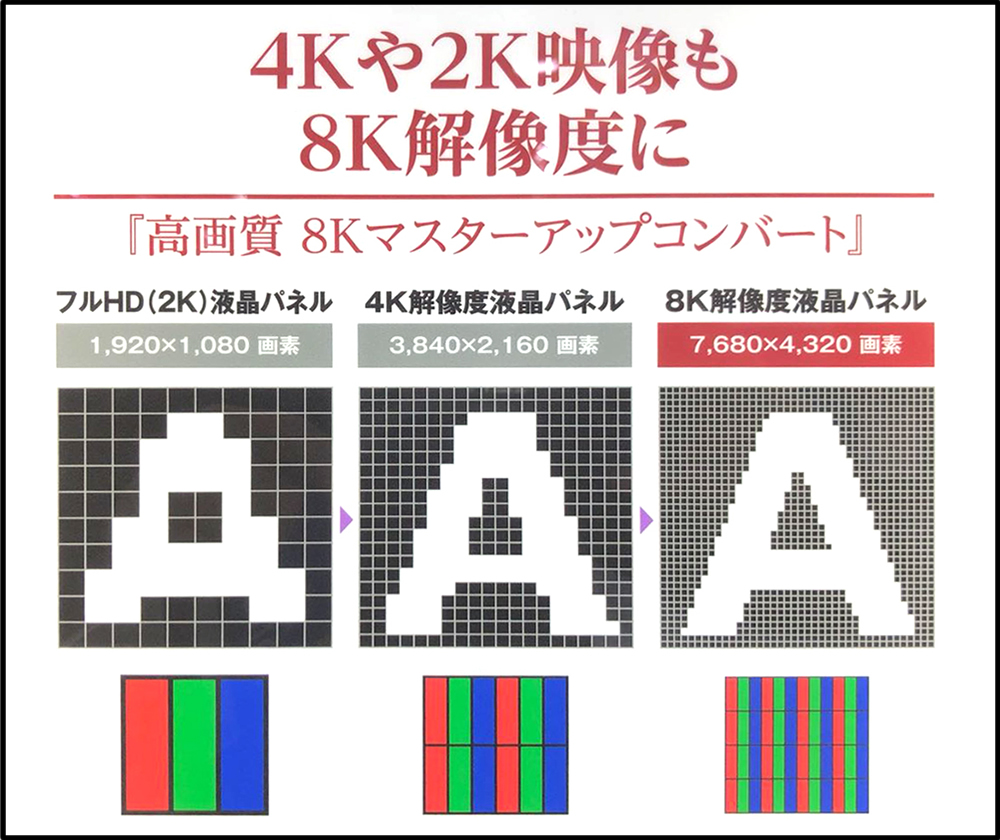 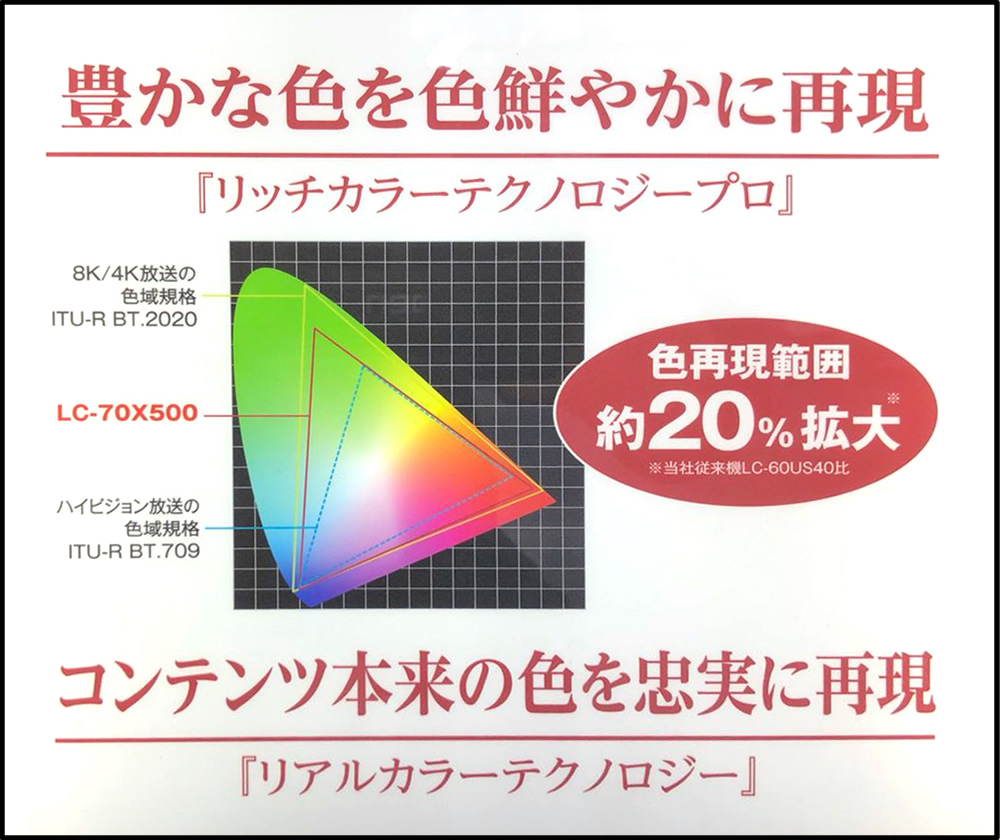 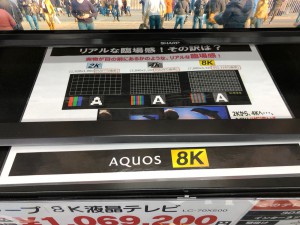 The Japanese market are very heavy users of recordable Blu-ray media to record programming directly onto discs as opposed to storing in the cloud or on a DVR device. Because of their transition to 8K scheduled for December 1, 2018, the ability to record 8K content onto discs will quickly follow suit. That gives video content providers the ability to record, broadcast, and disseminate true 8K content with no compression with ease.

Of course, Vinpower will be one of the first to offer duplicators and media capable to copy the upcoming 8K format, just as we adopted Blu-ray when it first arrived, even before it was determined that Blu-ray would be the official HD optical disc format. Vinpower strives to remain ahead of the curve and in tune with all new technology as it relates to the digital duplication and content market.
For more details on any of the products that Vinpower carries, please visit our website at www.vinpowerdigital.com, or speak with an official Vinpower representative near you.

Vinpower Celebrates The Year Of The Dog In 2018 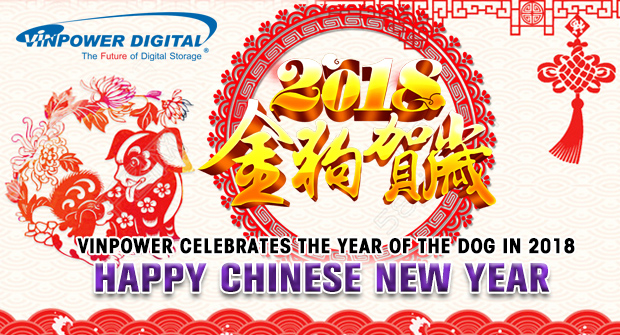 February 16, 2018 is the start of the Chinese Lunar New Year, the Year of the Dog. Whether or not you celebrate the Chinese New Year, everyone at Vinpower wishes you much prosperity and good health throughout the New Year.

Please be aware that the Taiwan and China offices will be closed Thursday, February 15 through Tuesday, February 20, in observance of the Chinese New Year. If you have any requirements that require attention from one of these offices, please contact us prior to the offices shutting down for the holiday. Otherwise, any issues or if you need to reach a representative during the time the offices are closed, please contact a member of the US Vinpower office or EU sales office and we will be happy to assist you.

At first glance, you may be skeptical of the statement about the longevity of physical media from an entity that not only represents and promotes a form of physical media, but also exists to collect royalties for said media. But, if you look at the empirical evidence that they have collected, itâ€™s hard to argue with the facts that indeed, physical media has numerous advantages over streaming media content delivery.

There are two key areas that prove physical media is a true long term solution:

1) Sales for hardware to play physical media has increased as of late
2) Increased capacity for the latest Ultra HD 4K / 8K content would push the boundaries of broadband speeds and limitations.

Both of these arguments take for granted that the video content consuming audience would prefer the higher resolution, greater depth of color, and superior audio sound that the current and evolving Ultra HD 4K / 8K content would provide. According to the statistic, this assumption holds true based on the current sales of Ultra HD Blu-ray players, which has increased by 133%. In addition, there has been an eight-fold increase in 2017 for Ultra HD software as well the doubling of available Ultra HD Blu-ray titles currently available. This proves there still exists a demand for physical media, not only in the fact that consumers are willing to buy new hardware to support this media, but also that they are willing to purchase new hardware despite the fact they already own hardware that played the previous version of the media. So the consumers are making the leap with the latest upgrades in the technology.

The second argument of bandwidth limitations is also a very strong indicator that even as streaming technology is moving at a breakneck pace, itâ€™s not moving at the same pace for everyone. Most of the regions that offer the bandwidth that could handle the streaming content transfer rates needed for the extremely large capacity UHD format, the services offering the streaming content have to appeal to a greater audience that often doesnâ€™t have the capacity. So that means that service often compresses the content to make it easier to transfer through smaller and slower broadband services. This results in the loss of video and audio quality compared to what one would get from viewing through physical media.

These are not the only reasons or evidence that physical media is here to stay for a long long time, but they are 2 very compelling reasons that prove the Blu-ray Disc Association isnâ€™t just a shill working on behalf of content and hardware manufacturers, but a beacon of light on a dispirited industry looking for answers whether physical media will stay or go.

For more details on any products Vinpower offers, please visit, www.vinpowerdigital.com, or speak with a Vinpower representative in your area.