The benefits of SSD over HDD 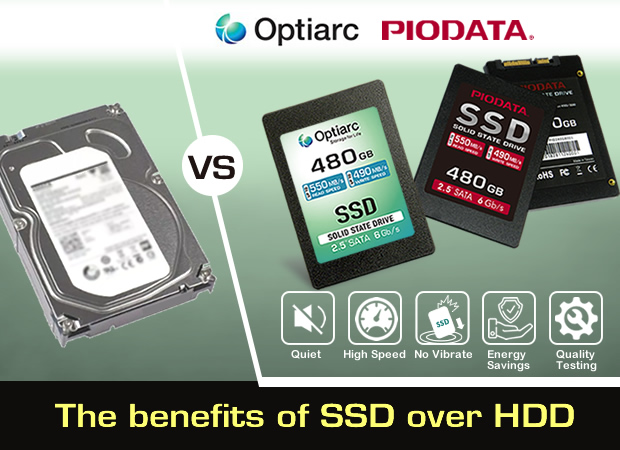 When looking for a new hard drive, whether it be an external hard drive for added storage or an internal hard drive that runs your computers operating system, there are two options to choose from, a hard disk drive (HDD) or a solid state drive (SSD). Often we’re accustomed to pick the version that offers the greatest memory capacity at the lowest price. Often times that’s the traditional HDD, however SSD offers far more benefits that far outweigh the difference in cost or capacity.

A hard disk drive (HDD) is an electromechanical device with an actuator arm that positions itself over spinning disks in order to read or write information. A solid state drive (SSD) are interconnected pools of compact flash memory. So what makes one better than the other?

As an industry leader in storage and duplication equipment and peripherals, it’s a no brainer for us. We have found that SSDs have a number of advantages over HDDs that can offset the difference in sticker price. Firstly, SSDs are super quiet because they have no moving parts, unlike the HDD, which focuses around spinning platters and a moving arm to sweep across the platters to write or read data. SSD’s don’t vibrate, which improves reliability and if dropped, a hard drive might get damaged; not so with an SSD. An SSD uses less power and generates less heat, compared to a HDD. On top of improved durability and less disruption, the greatest advantage is the significantly faster read/write speed. Not only can an SSD recall data much faster than the slower HDD, but it’s more reliable and accurate as well.

However, one of the drawbacks for a common SSD, when relying on flash memory, there is a possibility of data corruption due to bad memory cells on the drive. That’s why Vinpower the most reliable SSD on the market with our line of Optiarc SSD models. In order to provide total peace of mind, Vinpower performs the highest levels of total quality testing, ensuring that our Optiarc SSD’s will not fail or crash on you! So if you care about faster speed, better quality, reliability, and maintaining the content stored on your hard drives, look no further that Vinpower’s line of Optiarc and PioData SSD. 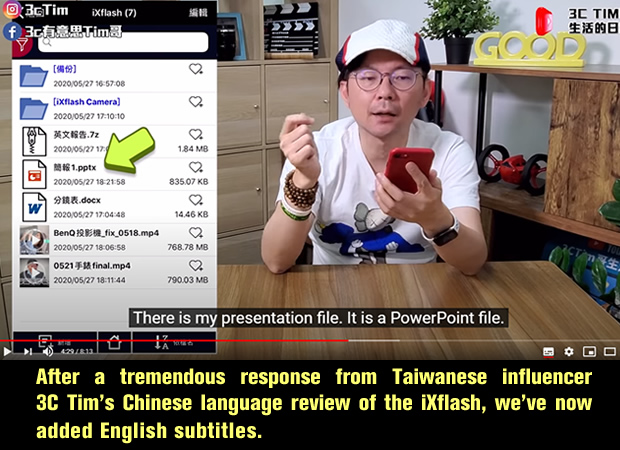 A little over a month ago, I shared a glowing review of our iXflash drive as an ideal accessory for anyone with an iPhone or iPad. Because the video review was entirely in Chinese, many of our recipients were disappointed that they couldn’t understand what 3C Tim was saying about the iXflash. Because of your feedback, we coordinated with 3C Tim and had the entire spoken text translated into English and posted onto the video review as shown on YouTube, which you can view again or for the first time by clicking on the below link:

When you watch the video, make sure the “Subtitles/Closed Caption” feature is turned on.

So now, you don’t have to reply on my synopsis or finding a friend the speaks Chinese to translate for you. You can watch the video on your own and read either the English subtitles or YouTube can use the English subtitles to translate into numerous other languages, which you may be more comfortable with. Once you watch the video and able to understand the full context of 3C Tim’s full review through English subtitles or in your own language, it will highlight even further all the advantages and benefits the iXflash drive offers from an unbiased 3rd party. 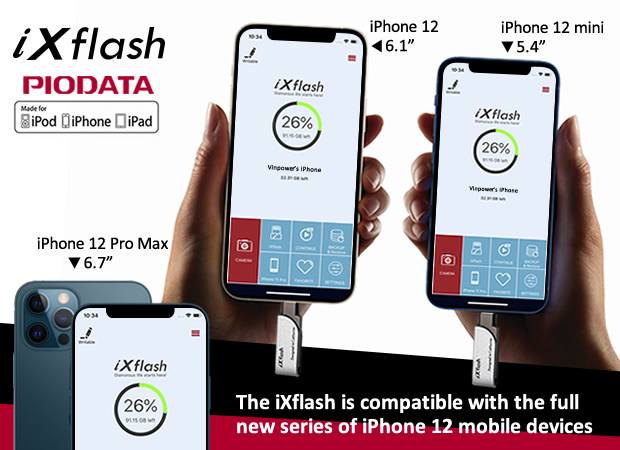 As is customary every year, though a little later than usual, Apple touts their latest batch of iPhones along with other new inventive items they plan to offer to the general public. Due to disruptions because of COVID, the announcement was about a month later than normal, but the pomp and circumstances were still in full affect. Amongst other new or improved items Apple plans to release now or in the near future, the pièce de résistance was certainly not just 1 or even 2 new iPhone offerings, but a total of 4 new iPhone 12 versions. The main difference between the devices is the size of each iPhone, which of course all of them offer advantages to previously released models.

Given that the iXflash is a tremendous accessory for an iPhone or iPad, we are proud to acknowledge that the existing iXflash and the iXflash App is compatible with the latest line of iPhone 12’s. Vinpower takes pride in making sure the iXflash and its corresponding App remains at the leading edge of technology and offers its users the best and most reliable experience. Hence, it’s critical that we make sure the iXflash is up to date with any new or enhanced Apple iOS software and/or corresponding hardware. Recognizing the importance of not just compatibility, but also any and all new advancements that could enhance the iXflash’s ability to support our client base, is why the iXflash remains the most useful portable Apple iOS accessory.

Vinpower’s VDX-1 mini-autoloader, is the small, inexpensive, powerful tool that you wish you knew about sooner… 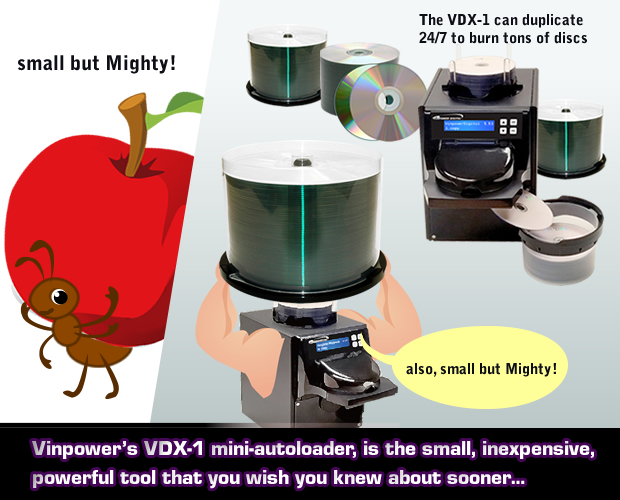 Much like the tiny ant that can lift 5,000 times it’s body weight, the VDX-1 autoloader can do the job of much bigger and more expensive autoloaders. Weighing less than 12 lbs (just over 5kg), and slightly bigger than a standard shoebox, the VDX-1 can fit virtually anywhere. Plus, it’s completely standalone, so it’s easy to take on the go and as long as there’s an electrical outlet, the VDX-1 is ready to work. Just like the mighty worker ant, the VDX-1 gets the job done.

The VDX-1 comes with 1 drive and 50 disc capacity, but can work 24/7 like a champ. With a retail price below $450, it’s practically a steal. For more details on the VDX-1, click on the following link: https://www.vinpowerdigital.com/t/categories/Disc-Autoloaders/The-MiniLoader-VDX-1