Not only are Blu-ray drives necessary for copying BD-R media, but they are also the preferred choice for duplicating recordable CD and DVD media as well.

The general notion is one should use the tool specified for a given task. Take for instance; you would not use a hammer for a job requiring a screwdriver. However, there are occasions where a hybrid tool is better and more efficient to perform multiple tasks, such as a Swiss Army Knife, then multiple individual tools. The Blu-ray writer drive is much like a Swiss Army Knife where it has two separate OPU’s and can perform multiple tasks from a single device. One of the OPUâ€™s is a blue laser for reading/writing Blu-ray media and the other is the standard red laser for reading/writing CD and DVD media.

Now many will ask, what makes the red laser in the Blu-ray drive better than the ones used in the regular DVD writer drives? The simple answer is, because they use better more, expensive parts, in the Blu-ray drives in comparison to the CD/DVD writer drives. Manufacturers of DVD drives are constantly looking for ways to cost down in order to allow consumers to purchase these drives and sub-$20 each. When you continue to cost down, there’s only so much that increased volume can offset, so the manufacturers also need to make or purchase lower cost components that have a much higher failure rate due to this.

Although Blu-ray writer drive prices have dropped significantly, making them a reasonable replacement for a DVD writer drive, they are still priced at a point where the manufacturers can use better and more reliable components within the drives. In fact, the red laser OPU used within the Blu-ray drives is often better than the ones used in most standard DVD drives.

So if you’re looking for a duplicator, either a new one or a replacement for an older system, you would be wise to explore purchasing a Blu-ray duplicator, even if youâ€™re not yet copying Blu-ray discs. It will be money well spent!

Vinpower is taking part in the social network.

Vinpower has long been an innovator when it comes to duplication hardware, but we’ve always been reserved when it comes to social media. Well that will change. Going forward, Vinpower will be more active in updating and posting onto our facebook page to keep those loyal followers of Vinpower Digital informed and up to date on the latest news and events surrounding the company and the industry at large. If you have a facebook account, please take a moment to “like” Vinpower Digital by clicking on the below link:

Have you heard about the new GOLD LTH Blu-ray recordable media?

There is a good chance that you have not heard about the latest Gold LTH BD-R discs, but you will very soon. Currently, many of you may think there is only one option in Blu-ray, but I want to let you know there is an alternative.

As with most new technology, the Gold LTH BD-R was first introduced and became popular in Japan. Now the secret is out and the Gold LTH BD-R will soon be available globally through Vinpower Digital and its partners. This new Blu-ray option performs virtually identically to the standard BD-R media, but has a number of advantages including price.

If you want to know more about Gold LTH BD-R, and to make sure you are receiving true authentic Blu-ray recordable media, contact Vinpower for more information. 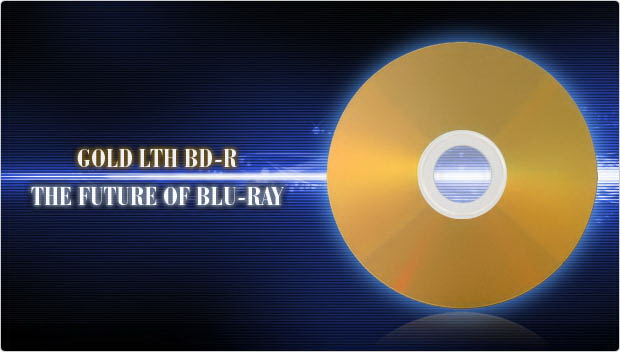