In an effort to better utilize the large capacity Blu-ray format as an effective archival media, Pioneer has announced the BDR-PR1. This Blu-ray disc burner was designed to offer reliable BD-R recording for reliable archival storage.

Considering the amount of data held on servers and the potential disasters that could cause that data to become corrupted or deleted entirely, itâ€™s becoming more and more critical to have an alternative back-up. Thatâ€™s why optical discs are still relevant as they are complete resistant to tampering or viruses and if one uses the correct media which is burned properly, can hold data for hundreds if not thousands of years.

Based on an article in CDRinfo;

â€œAccording to Pioneer, burning on MKM’s new 50GB BD-Rs at 4X CLV results low Burst Error Cound (BEC) and Random Symbol Error Rate (RSER). These parameters are among the basic signals related to digital errors of a Blu-ray disc and Pioneer’s results are well within the specifications defined for BD-R discs.â€

The drive is expected to be released in Japan first and hopefully migrate to other territories soon after.

Blu-ray Movie Sales on the Rise.

Apparently the release of Avatar last year, which became the highest selling DVD and Blu-ray movie of all time, spurred a rash of Blu-ray player purchases. In fact the number of homes with Blu-ray players rose 52 percent from a year ago, to 33.5 million in the United States. Whether this was directly related to the release of Avatar or not, it does show that more households are attracted to the high definition experience and that they are willing to pay more for it, even in tougher economic times.

So this is encouraging to the duplication market as well as sales trends for movie formats tends to also cross into increased demand for duplication equipment and media for the same format. So as long as the number of households with Blu-ray players increases, then the number of options for Blu-ray content will follow suit. Another reason to appreciate James Cameron!

Duplicators have long been using the USB connector to allow the user to transfer content from a computer to either a single drive or directly to the duplicatorâ€™s hard drive (HDD). This method is often the easiest or only method by which the user can create the master disc or upload the master content onto the duplicatorâ€™s HDD. When it comes to CD or DVD, the transfer rate was adequate and didnâ€™t take too much time that it would cause an issue.

Now, we are living in the world of Blu-ray and disc capacity is growing by leaps and bounds. The older USB 2.0 transfer rate (rated at 60MBytes/sec) is just not gonna cut it when you need to burn or transfer anywhere from 25GBâ€™s to over 100GBâ€™s of data. At that rate it would take hours to make a single Blu-ray master disc.

With the introduction and the implementation by Vinpower of the USB 3.0 (backwards compatible with USB 2.0) which offers a transfer rate up to 5Gbit/s, the transfer time will be knocked down to minutes or even seconds. This will enable those looking to duplicate content onto Blu-ray discs the ability to transfer that data through the USB 3.0 onto a master disc or the duplicatorâ€™s HDD rapidly and eliminate wasted time just to get started.

3-D Blu-ray Making a Strong Impact on the Market

It has been reported by the IHS Screen Digest, that American consumers bought 1.75 million 3D Blu-ray Discs at retail during the first year they were available and secured another 1.7 million as part of hardware bundling deals. In fact, 507,293 3D Blu-rays were sold in 2010, which is incredibly impressive compared to the 363,000 standard Blu-rays sold during the formatâ€™s first year in 2006.

Purchases of Blu-ray Players & Content Are on the Rise.

Recently an article came out discussing the findings of the NPD Group, a CE Market Analysis firm, which showcased the rise of popularity for Blu-ray players and content. This article, which you can review by clicking or copying and pasting on your web browser from the below link, shows how the increase in Blu-ray has stemmed the tide in the decline of Home Video. This shows that as we have anticipated, Blu-ray duplication will become a more dominant factor in the very near future, so make sure the duplication equipment you use is Blu-ray capable and provided the reliability, band-width, and capabilities necessary to make multiple high speeds copies.

BDXL Video Recorders/Players are Now on the Market

Now your set top video recorder can record 3-D content onto BDXL Blu-ray discs. The new BDXL media can hold up to 100GB or even 128GB on a single disc, making them ideal for recording the massively large capacity 3-D content. The BDXL video recorder is the next step in the evolution of HD home theater technology.

Shown in the above photo, JVC has produced a personal hand held video camera capable of filming in 3-D. So whether you are a burgeoning James Cameron looking to make the next Avatar phenomenon or you simply want to produce your home movies in HD 3-D, the capabilities are within our reach.

I read an article today, “Blu-ray Replication Shortfall in Q4?”, by Chris Tribbey, which discussed the potential shortfall in the availability of replicated Blu-ray discs during the business shopping quarter of the year, Q4. In the article, Jim Bottoms, director and co-founder of Futuresource Consulting, was paraphrased as stating that within 2011, the North American Blu-ray Disc replication infrastructure likely will hit capacity. Bottoms said, â€œThere were major capacity shortages in Q4 of 2010,â€ he said, pointing to data showing a 60% year-over-year increase in Blu-ray production in 2010. â€œPeople are talking about new investment, but nothing has been approved yet. It needs to happen soon for it to help Q4.â€

Even the major replication studios echo the notion that the Blu-ray replication needs will continue to increase as stated by Cinram CEO Steve Brown, â€œConsumer adoption of Blu-ray has been fabulous domestically and internationally,â€ he said. â€œIn 2010 Cinram had a substantial increase in capacity â€” a 25% jump from the previous year. Weâ€™re fully committed to the format and increasing our capacity in 2011.â€

What this says to me is that the adoption of the Blu-ray format is increasing rapidly and the infrastructure to meet the demand may not be able to keep pace. Even though the major studios are always going to find a replication source to produce their products, smaller operations will most likely have to find an alternative Blu-ray disc production method. Most likely minimum quantities are going to increase making it impossible for the common company/person to utilize replication for their Blu-ray titles. Fortunately, Blu-ray duplication is just as reliable and accepted by Blu-ray players as replication, so there is an alternative. Those people who need reproduction of their Blu-ray content but do not have the volume or the funds to utilize replication, can easily adopt duplication as a reliable and actually more convenient alternative. 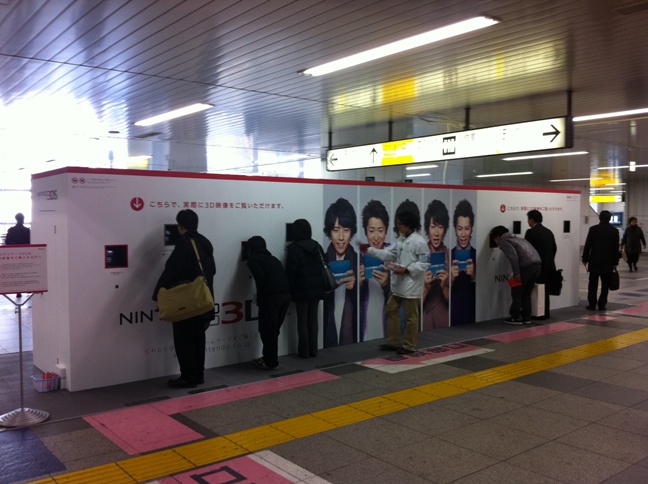