Are you one of the growing masses to adopt a Blu-ray player and enjoy Blu-ray movie in all its high-definition glory? Here are some facts detailing how Blu-ray technology and the growing demand in the home video market are intertwined.

1) Capacity â€“
The Blu-ray Disc (BD) format was developed to enable recording, rewriting and playback of high-definition video (HD), as well as storing large amounts of data. It offers more than five times the storage capacity of traditional DVDs.
A single-layer disc can hold 25GB.
A dual-layer disc can hold 50GB.
A multi-layer discs can allow the storage capacity to be increased to 100GB-200GB (25GB per layer).
This added capacity allows the content producer nearly endless options to create the best quality motion picture in new ways. Plus they can add more â€œmust-seeâ€ end credit footage. A 50GB BD disc can hold 9 hours of high-definition (HD) video.

3) Language â€“
BD-RE has different layers to support multi-language selection in movies for global viewers and multi-language broadcasts. Standard DVDs for the US market may offer up to three forms of English subtitles: 1) SDH subtitles, 2) English subtitles, helpful for viewers who are hard-of-hearing and whose first language may not be English, and 3) closed caption data (transcription rather than a translation, and usually contains descriptions of important non-dialog audio as well as “sighs” or “door creaks”) that is decoded by the end-userâ€™s closed caption decoder.
Blu-ray disc uses SDH subtitles as the sole method because technical specifications do not require HD to support closed captions. Some blu-ray discs, however, are said to carry a closed caption stream that only displays through standard definition connections.

4) Dolby 7.1 â€“
Dolby Digital, or AC-3, is the common version containing up to six discrete channels of sound, with five channels for normal-range speakers (20 Hz – 20,000 Hz) and one channel (20 Hzâ€“120 Hz) for the subwoofer driving low-frequency effects. This is a format where the AC-3 bit stream is interleaved with the video and control bit streams. The AC-3 standard allows a maximum coded bit rate of 640 kbit/s. ATSC (digital TV standard) and DVD-Video discs are limited to 448 kbit/s. Blu-ray Discs, the Sony PlayStation 3 and the Microsoft Xbox game console can output an AC-3 signal at a full 640 kbit/s.
If you own a huge TV screen, you may also require a high sound definition. Dolby 7.1 takes over the DVD supported Dolby 5.1 for a cleaner and crisper sound.

5) MMC support â€“
Mandatory Managed Copy (MMC) will be part of the Blu-ray format. This feature will enable consumers to make legal digital copies of their Blu-ray movies that can be transferred for viewing on a home media center, streaming throughout your house, or even transferring to a portable player. 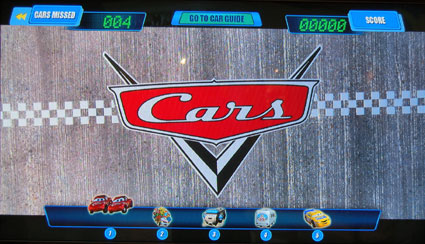 Given all the benefits of Blu-ray over DVD, itâ€™s only a matter of time before the entire industry switched to Blu-ray as the standard bearer. Are you ready?