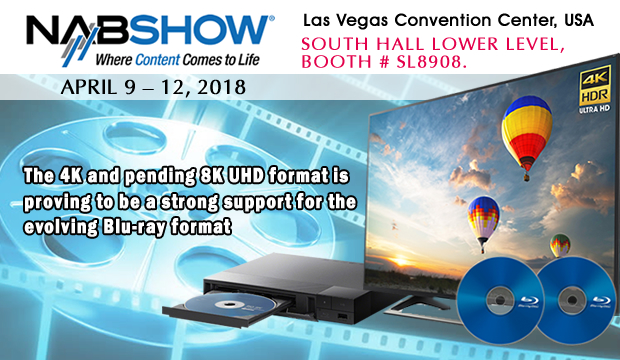 The 4K UHD Blu-ray format is not only proving to be very popular with the consumer, it’s also a new tent pole for the long term survival of optical discs and the Blu-ray format. With the incredible vibrance and clarity of both the picture and sound quality, consumers are flocking to pick up the latest movie titles in 4K UHD. The movie studios are all too happy to push new and old titles alike in this new format due to the limitations of bandwidth for streaming.

As stated in a recent report: Research Report: 4K UHD to Buttress Blu-ray

“The intense bandwidth requirements of 4K content formats are unable to replicate the smooth and seamless playback of 4K UHD titles,” the report found. “Therefore, physical Blu-ray discs are still considered one of the best options for enjoying HD content that also supports HDR and Dolby surround sound. The majority of consumers, especially in the developed markets, are increasingly turning to UHD Blu-ray players to access movie and TV show content. To meet this demand, over 250 UHD titles were released in 2017 alone.”

Given that cameras and smart phones are both capable of recording 4K UHD content, it’s not only the major Hollywood studios that can utilize the incredible impact of the 4K UHD format, but so can nearly anyone with a camera and a vision. Vinpower can help facilitate that vision with the ability to duplicate the 4K content and implement 4K UHD copy protection through our duplicator hardware offerings.

For more details about any of Vinpower’s products, services, or support, visit our website: www.vinpowerdigital.com or speak with a representative near you.